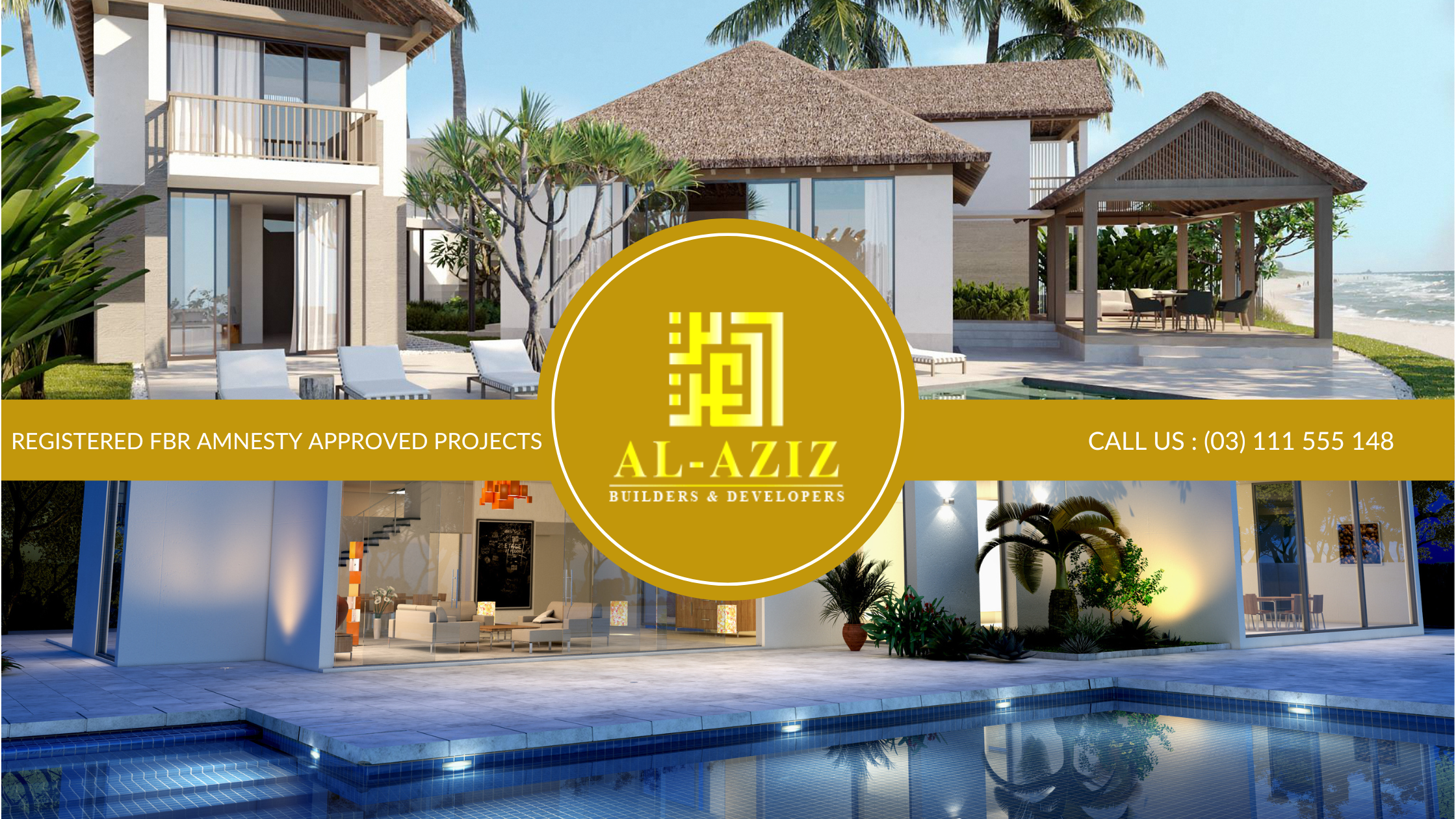 If you’ve been following the news, you might have heard about the FBR amnesty scheme that was announced a few weeks ago. Under this scheme, anybody who has undeclared assets can come forward and declare them without any punishment. Al Aziz builders have taken advantage of this scheme, and they’ve just announced the projects that they’re going to be undertaking as part of their FBR Amnesty approved projects.

This is great news for people who are looking to invest in property because it means that there are now some great investment opportunities available. Al Aziz builders have a solid track record, so I’m sure that these projects will be a big success. Make sure to stay tuned for updates on these projects!

The names of 988 projects

Names of 988 projects by developers and builders registered with the Federal Board of Revenue (FBR) that fall under the prime minister’s building industry incentive program have been made public by the FBR.

Complete addresses of 988 people, businesses, and corporations registered under Section 100D of the Income Tax Ordinance, 2001, who took advantage of the PM’s incentive package have been published by the FBR.

During his appearance as a guest on “Paisa Bolta Hai” with Anjum Ibrahim on Aaj News one month ago, international tax expert Dr. Ikramul Haq brought up this issue. He stated that the Federal Board of Revenue (FBR) should disclose the names of individuals, companies, and firms that have invested in construction projects using the aforementioned scheme. Dr. Haq had also mentioned that the prime minister’s plan had a really admirable goal in mind for the scheme that he had envisioned.

As of now, the FBR has received registrations for construction projects with a total estimated value of Rs355 billion. The FBR has not, however, disclosed the total cost of the projects or the total amount of money invested.

According to the FBR’s list, nearly all of the country’s major developers and builders have registered with the agency in accordance with Section 100D of the Income Tax Ordinance, 2001.

When asked about the success of the PM’s incentive package, Dr. Ikramul Haq told Business Recorder that the 988 projects that have registered with the FBR are a great sign.

The FBR Amnesty approved projects has taken a great step forward by requiring the publication of the names and locations of the projects, which will allow prospective buyers to learn more about the investors who are financing those endeavors.

If the projects’ names were made public, potential buyers would have a better idea of what they were getting into. The package pushes back the deadline for builders and developers to apply for fixed tax regime protection from 31st December 2020 to 30th June 2021.

Similarly, the deadline for construction and development firms to take advantage of a fixed tax regime has been pushed out from December 31, 2020, to December 31, 2021. The extended deadlines for both project completion (which is now set for 30 September 2023) and housing unit and plot purchases (which is now set for 30 March 2023) are detailed below.

New Section 100D of the Income Tax Ordinance, 2001 prescribes a scheduler-based fixed tax system on the basis of project area for Builders the and Developers in respect of their income from the sale of buildings or sale of plots beginning with the 2020 tax year.

The necessary regulations have been passed by inserting the Eleventh Schedule into the Ordinance.

All other provisions of the Ordinance (including recovery of tax not paid and things connected therewith) not specifically addressed under Section 100D and the Eleventh Schedule shall continue to apply to Builders and Developers. As mentioned, Al Aziz Builders is also  CDA approved projects clear in Islamabad.

Final Tax is calculated on a project-by-project basis based on the income generated from each project and the annual tax payable thereon at the predetermined rates under the regime.

Since such earnings will be taxed according to the ultimate tax system, they cannot be included in the taxable income calculation. Costs, allowances, and losses cannot be deducted in any way, shape, or form.

Neither the minimum annual turnover tax of Section 113 nor the alternative corporate tax applied on accounting profits of Section 113C shall be levied against builders and developers with respect to their turnover, income, profits, and gains from qualified projects.

In accordance with Section 153 of the Ordinance, builders and developers subject to the special tax system are exempt from withholding tax on the following types of payments:

In the event that the builder or developer is a corporation, then the dividend income that is paid out of the profits and gains that are produced from an eligible project will be exempt from taxation, and a special exemption from the withholding tax rules of Section 150 has also been granted.

The tax authorities have the authority, as granted by Section 111 of the Ordinance, to demand an explanation from any person on the origins of his investments, assets, etc.

If a person has investments that cannot be explained or if the source of an investment represents escaped or concealed income, the fair market value of such investments or assets is taxed as income in the hands of such a person. In addition, this person may be subject to penalties and prosecution provisions if they are found to have done so.

The provisions of Section 111 have been rendered inapplicable with regard to capital investments that are to be made by a person in qualifying new projects. These investments have to be made from sources of equity, and they should not contain funds that have been borrowed.

An investor who satisfies the following qualifications will not be required to explain the origins of his investments to the authorities in charge of levying taxes if they meet these requirements.

In a nutshell, Alaziz is pleased that it will be able to contribute to the projects that will be carried out under the auspices of the FBR Amnesty approved projects. It is our sincere desire to take part in projects of this nature in the years to come. 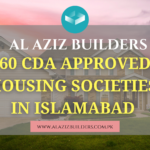 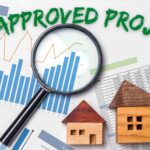 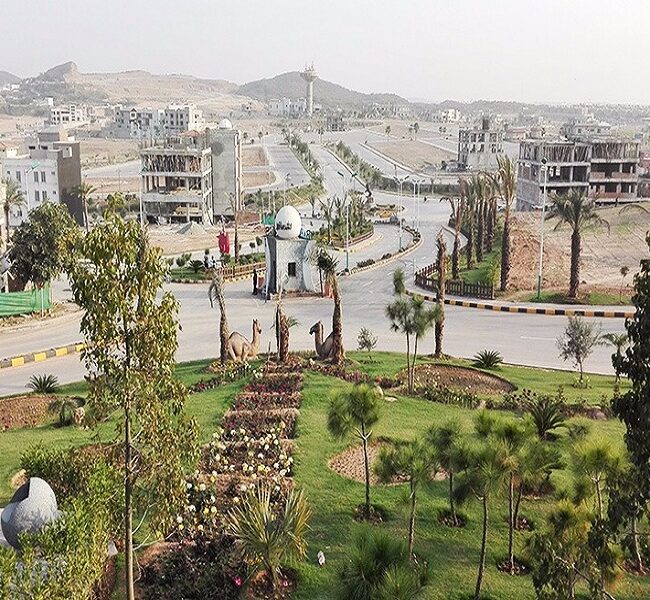 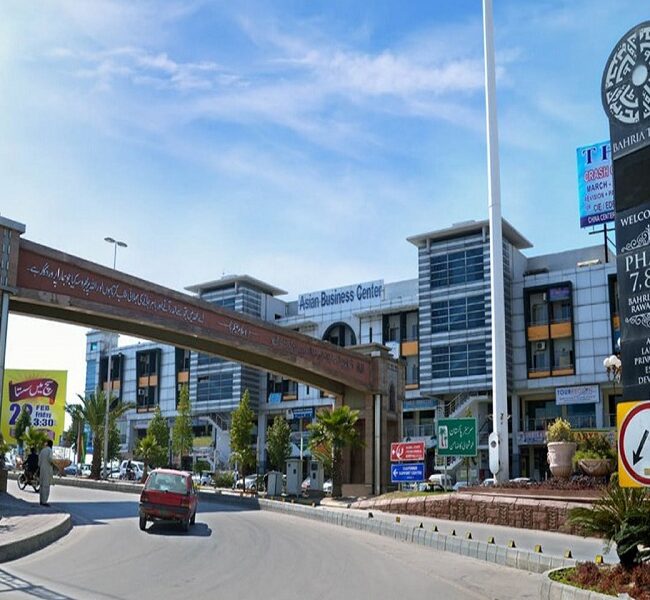 Tips To Find a New Place to Rent in Pakistan 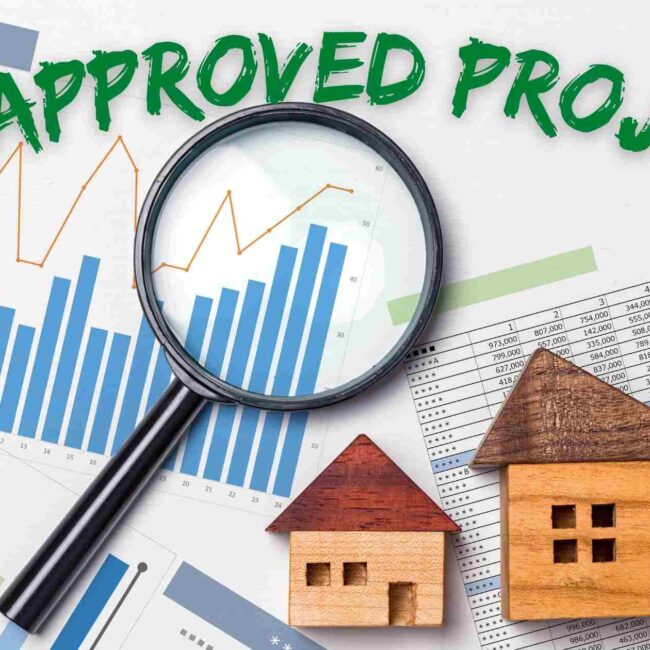 Don't let a day off from property searching if you

From executive offices to food courts to commercia 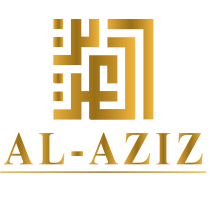 A right place to invest

REACH OUT TO US FOR ALL INVESTMENT OPPORTUNITIES WE LOVE HEARING FROM YOU!